FF – Live at the Fridericianum / Dokfestforum 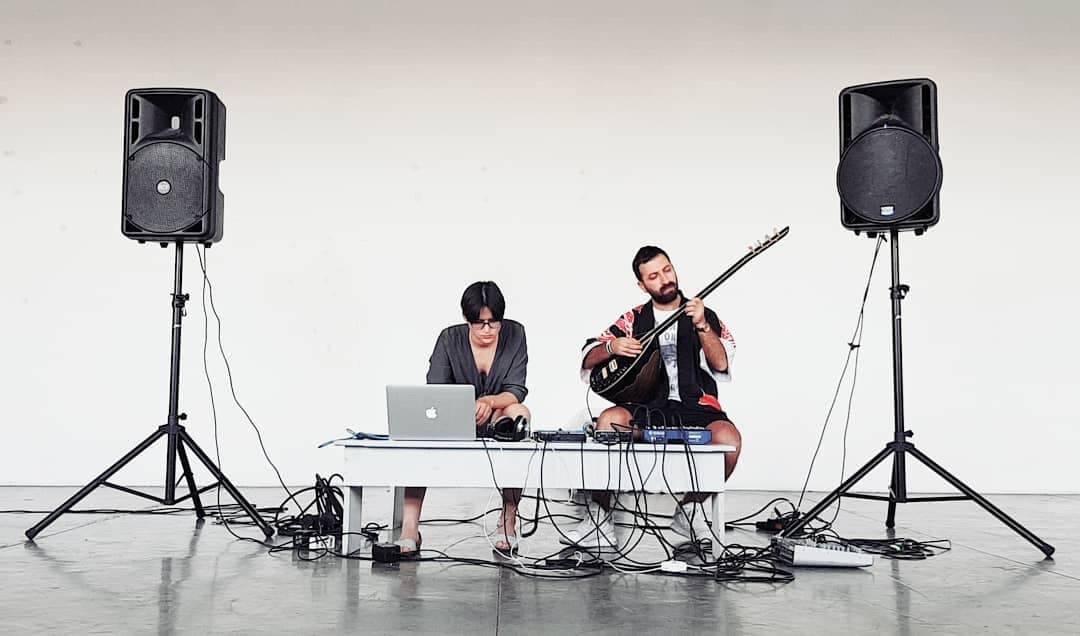 The name of the artistic duo Sub-botnick (Ahmet Öğüt, born in Diyarbakır, Turkey in 1989 & Maru Mushtrieva, born in Kysyl-Syr, Russia in 1985) is derived from two similar sounding yet completely contrary terms: from the Russian word “subbotnik”, which describes the initially voluntary but later often imposed civilian national service in the Eastern bloc, and from Morton Subotnick, an American pioneer of electronic music and founding member of CalArts. In their interventions, Ahmet Öğüt and Maru Mushtrieva mix psychedelic, retrofuturistic, and synthie punk, occasionally reinterpreting old folk instruments, adding visual commentary, or revising politically censored songs.
After the concert, Ahmet Öğüt will place the performance in the context of his socially and politically oriented artistic practice.