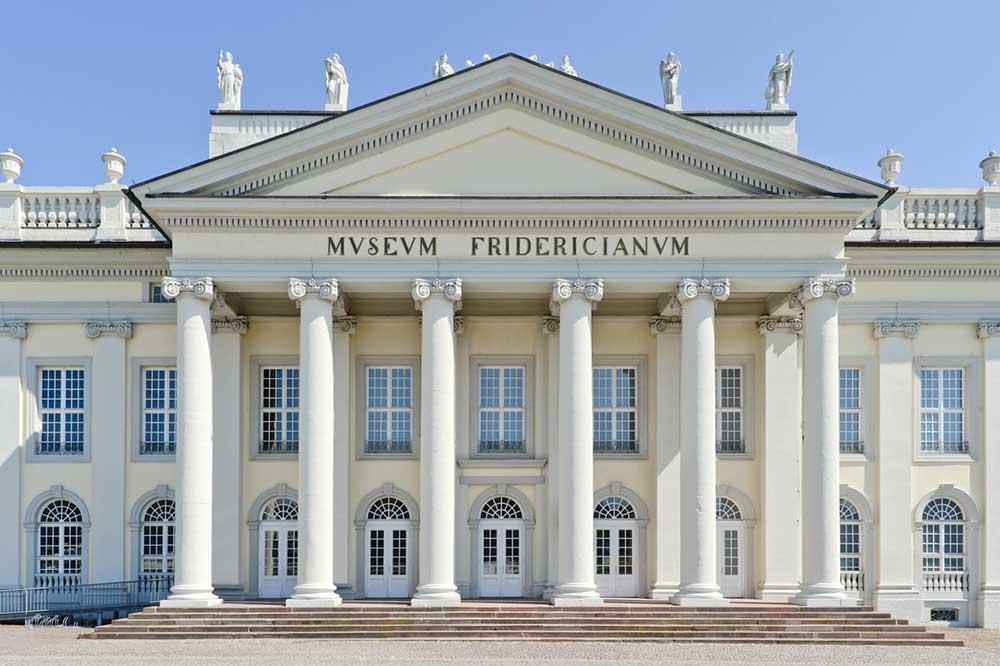 Martine Syms at the Fridericianum

Born in 1988 in Los Angeles, Martine Syms has, in the last few years, emerged as one of the central and indeed defining figures in the recent international discourse on art and culture. In her interdisciplinary practice, which spans film, photography, installation, performance, and writing, the artist explores manifold, compelling questions in order to map out new perspectives on life and society. Through precise observation and in-depth research, Syms addresses the representation and reception of US-American identities and cultures, the theories and realities of feminism, conditions of interpersonal communication, and the impact of digital media on everyday life. Characterized by both conceptual and pop approaches, her work displays a distinct sense of humor without diminishing its urgency and relevance. Specifically developed for Kassel, the exhibition Aphrodite’s Beasts presents a comprehensive overview of the artist’s practice in Germany for the first time. Forming the backbone of the show are three film works that at times bear the stamp of expansive installations. Ugly Plymouths, a work created in 2020, introduces the exhibition. On three large flat screens mounted on poles, brief, sometimes intimate footage of everyday life in Los Angeles is used to narrate a one-act play whose title picks up on a phrase from the poem Hollywood by Beat poet Bob Kaufman (1925–1986). Syms’s protagonists are Hot Dog, Doobie, and Le Que Sabe, whose voices overlay the film singly or in conversation and speak of their daily concerns, promises, and temptations. Their utterances reference the form and content of text and voice messages of the digital age, revealing the simultaneous possibility and impossibility of communication and social interaction. Ugly Plymouths has strong immersive qualities, not least through the accumulation of sound and moving image and its embedding in a space flooded with red light.

In contrast, the work Lesson LXXV, realized in 2017, generates an entirely different effect. Presented in an endless loop, the silent film shows the artist in three-quarter profile against a plain black background. In the sequence, which lasts for only a few seconds, milk pours down Syms’s face, hairline, thin braids, and torso. Occasionally, the blinking of her down-turned eyes can be made out, while on her chin, smaller and larger drops repeatedly follow gravity or seemingly defy the Earth’s pull. Despite the barely perceptible action, a silent power is exuded by the image, recalling depictions of icons. However, the starting point of Lesson LXXV is a more secular theme. Here, the artist refers to the demonstrations against racist violence in the United States and other parts of the world, where protestors often pour milk over their faces to relieve the pain caused by the deployment of tear gas. The work thus suggests a highly political impetus that, due to its specific formulation, potentially offers a timeless appeal to humanity. At the same time, Syms contextualizes her production within art history by presenting the film on a flat screen mounted horizontally atop a cuboid sitting on the floor referencing Minimal Art. Running counter to the standard palette of the prominent art movement of the 1960s, the cuboid and adjacent windows are rendered in a deep purple, alluding to the women’s movement, Alice Walker’s 1982 novel The Color Purple,andthe hue’s manifold meanings within the LGBTQIA community.

Just as Syms positions herself at the center of Lesson LXXV, acting as the conveyor of a message, she also takes on the role of protagonist in the film DED, completed in 2021. Thus, in the approximately sixteen-minute work presented as a screen projection, she appears in the form of an avatar created using a 3D scan of her body. Against the backdrop of an unfathomably vast space structured only by a horizon line, the viewer experiences Syms undergoing a constant alternation between life and death, resurrection and demise. Sometimes she dies as a result of a gushing emptying of the contents of her stomach or esophagus, sometimes through the use of a firearm or knife, and at others through a fall from a great height or an implosion. Over and over again, the animated figure manages to come back to life, regaining its strength to get up and keep going. These dramatic sequences are at times accompanied by a rousing pop composition in which Syms’s vocals metaphorically describe the various facets of life in the twenty-first century and the elementary conditions and questions of humanity that accompany it. The line MY BEATING HEART can be heard as well as I’VE BEEN WAITING FOR YOU HERE and I WANT TO GIVE AND RECEIVE.

Caught somewhere between life and death, hope and despair, power and powerlessness, DED evokes a grotesque, at times surreal image that certainly reflects the current atmosphere of global crises and catastrophes. With its observations, questions, demands, and fantasies, the work marks the closing point of the exhibition and offers impetus for an everlasting search. FIND A WAY can accordingly be read both on a frieze-like, luminous banner on the façade of the Fridericianum and on the strap weavings of the chairs that flank Syms’s cinematic works, alongside a group of six photographs. The latter feature the similarly deliberate, empathetic, cursory gaze that also informs the footage in Ugly Plymouths at the start of the exhibition.