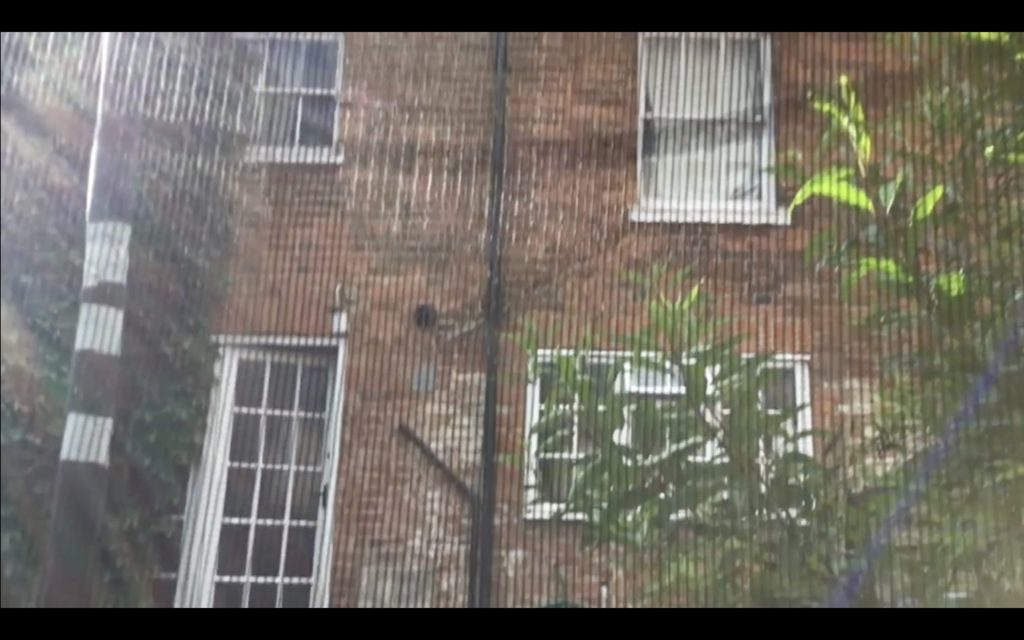 Juliette Blightman: “BOUNDARIES (for your dance) (Prelude to the postponed event)”

Video work by Juliette Blightman with music by Anthony Silvester, 2020

The short film BOUNDARIES (for your dance) (Prelude to the postponed event) by Juliette Blightman opens the online program of the FF – Live at the Fridericianum series. The work, specially conceived as a prelude to the artist’s upcoming performance, explores existential topics in relation to domestic space, such as freedom and lack of freedom, security and insecurity, dreams and nightmares against the backdrop of the current pandemic. The roughly ninety-second work is based on slow-motion shots taken by Blightman’s daughter while jumping on a trampoline. Due to her movements, the images are sometimes blurred, and occasionally only her hand is visible. Bushes, a bench, chairs, and the facade of a house can be discerned through the trampoline’s safety netting, providing clues to the film’s setting. Music by the artist Anthony Silvester accompanies the sequence, further enhancing the surreal and distant atmosphere of the shots.

Juliette Blightman was born in Farnham, England, in 1980, where she now lives and works. In 2007 she completed an MFA at Central Saint Martins College in London. Blightman’s work focuses on the relationship between art and life, and examines both sociological and philosophical questions through drawing, painting, text, photography, video, performances, and installations.