To mark the reopening of the Fridericianum on May 12, 2020, Karl Holmqvist, born in Västerås, Sweden, in 1964, began the processual, site-specific artwork Existential Staircase / Existenzielles Treppenhaus in the building’s stairway. Written in black marker up and down the stairwell are the Five Ws: “WER!!?,” “WANN!!?,” “WAS!!?,” “WO!!?,” and “WARUM!!?” or “WHO!!?,” “WHEN!!?,” “WHAT!!?,” “WHERE!!?,” and “WHY!!?” The questions, written in capital letters and arranged individually or in groups, dominate the side and front walls of the staircase as well as the landings. Marking its various surfaces, they toy with the architecture, highlighting or counteracting it. The work reflects life’s elemental questions, circulating with increased intensity in the wake of the current pandemic, as well as the general points of discussion associated with visiting an exhibition venue. In addition, Holmqvist’s intervention foregrounds a space perceived as rather en passant, in the truest sense of the word, and opens it up to art. Independent of this potential for transformation, the work demonstrates all the key characteristics of Holmqvist’s artistic practice. Thus, the work’s palpable examination of poetry, Dadaism, and Relational Art reveals, despite all its seriousness, a subtle sense of humor and a distinct empathy with social and local conditions. 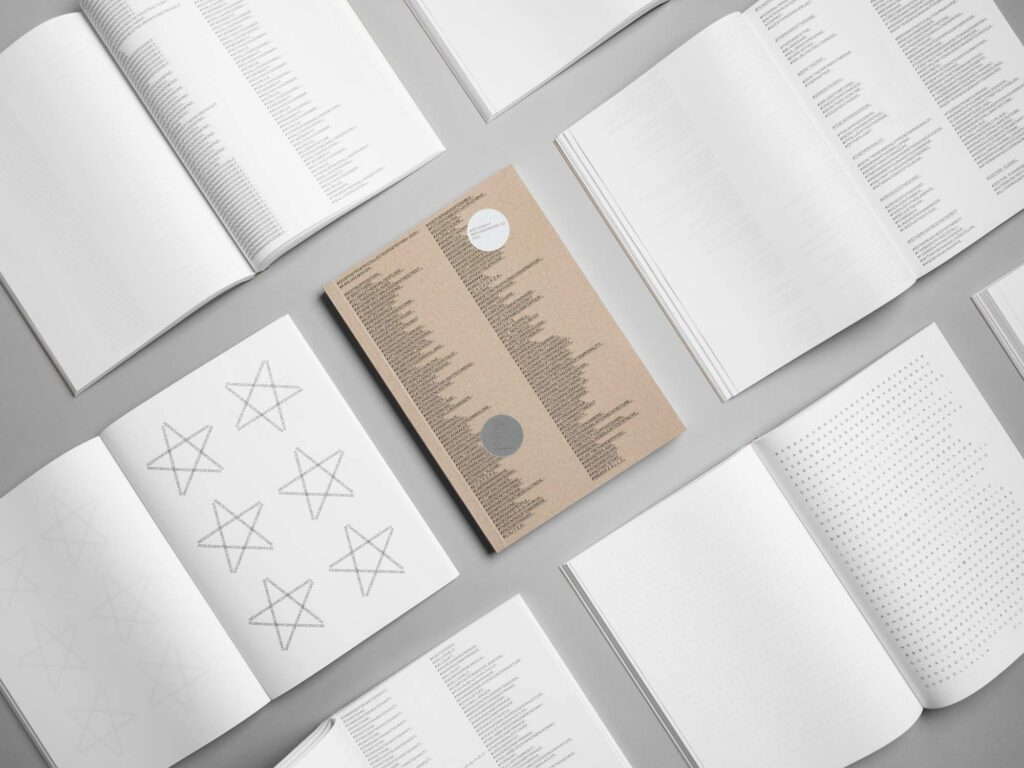